"Russian Institute for Power Radioengineering", the first such company in Russia, is the leading designer of high quality radio communications, broadcasting and data transmission equipment for professional use.

RIPR is the only company in Russia and one of the few in the world whose unique expertise allows it to design and develop modern high power radio transmitting complexes. Our scientific innovations in the field of radio engineering are widely recognised.

RIPR, part of TIRA Corporation, is based in St Petersburg. It incorporates several research laboratories and provides opportunities for completing postgraduate studies with its own Scientific Council.

Foundation of the first electronics research laboratory and the Kronstadt workshop of Popov, the Russian inventor of the radio

Transformation of the workshop into "Radio Telegraph of the Navy Department"

Design and manufacture of vacuum tube based receivers

Expansion of the company’s interests into development of HF, VLF, ULF and ELF communication facilities, up to 5 mW

Return to Leningrad and recommencement of operation

Development of automated complexes for communication with deeply submerged objects

Re-equipping  of three  TV centres in Moscow, Leningrad and Kiev

Merging of the companies into Komintern Research and Production Company

Obtained results are still considered fundamental and are widely used in designing and building ELF radio stations, both in Russia and abroad

Development of ELF radio transmitting complex "Zevs", the only one in Russia

Privatisation of the company by the Decree of the President of the Russian Federation with 30% of shares be handed over to the Property Fund of St. Petersburg

Development of the fourth generation radio communication equipment: the family of transistorized HF transmitters and transceivers

Design and development of a 1 kW modular HF transmitter 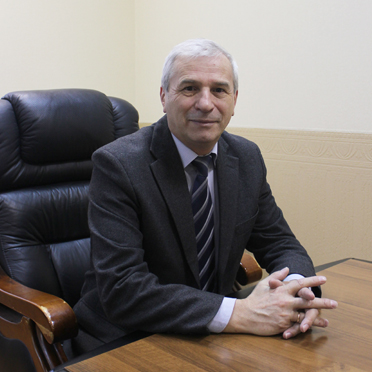